Big Nose Kate’s Saloon first got its start as The Grand Hotel opening in September 9, 1880.

The Grand Hotel was declared as one of the finest hotels in the state, the hotel was luxuriously furnished, provided thick carpeting, and its walls were adorned with costly oil paintings. Providing 16 bedrooms, each with a “view,” they were fitted with solid walnut furnishings, toilet stands, fine fixtures, and wallpaper. The lobby was equipped with three elegant chandeliers and more luxurious furnishings, while the kitchen boasted hot and cold running water and facilities to serve some 500 people in the span of a couple of hours. The hotel opened with an invitation-only ball on September 9, 1880.

During its first few years, the hotel often housed some of Tombstone’s most famous residents including Wyatt and Virgil Earp, Doc Holliday, and the Clanton Gang when they came into town. In fact, Ike Clanton and the two McLaury brothers were registered guests the night before the famous OK Corral gunfight.

Sadly, The Grand Hotel did not survive the devastating Tombstone AZ fire of May 25, 1882.   Above ground, the only things that remained standing were her seven graceful arches and her floor joists on the main level. The rest of the building collapsed into the basement.

Today, the building is home to Big Nose Kate’s Saloon. A number of changes have been made to the original structure since it burned down and has been rebuilt. The bar area, that was originally housed in the basement of the old hotel, is now located on the main level. In the basement is a gift shop, but the tunnel leading to the mine shafts still exists. The saloon holds the Grand Hotel’s original long bar, the only one of which survived the fire of 1882 and is still available for thirsty patrons. The only other long bar that survived the two infernos is in the Bird Cage Theatre, now a museum. Imagine setting your elbows down on the very place that once did the Earps, Doc Holliday, and the Clantons.

Reported in The Tombstone Epitaph

Through the courtesy of Mr. H.V. Sturm an Epitaph reporter yesterday paid a visit to and made a brief inspection of the new hotel christened the grand which will be formally open for dinner this evening at five o’clock. The general size and character of the structure have been mentioned so often during the course of construction that further mention would be superfluous and we will confine ourselves to a description of the interior appointments of it. Passing into the building by the front entrance the first thing that strikes the eye is a wide and handsome staircase covered by an elegant carpet and supporting a heavy black walnut banister.

Thence upstairs to the main hall, and turning to the right we are ushered into a perfect little bijou of costly furniture and elegant carpeting known as the bridal chamber. This room occupies half of the main front and is connected with the parlor by folding doors through which the reporter passed, and entering the parlor was more than astonished by the luxurious appointments. A heavy brussels carpet of the most elegant style and finish graces the floor, the walls are adorned with rare and costly oil paintings; the furniture is of walnut cushioned with the most expensive silk and rep, and nothing lacks, save the piano which will be placed in the position shortly.

On down through the main corridor peeping now and then into the bedrooms, sixteen in number, each of them fitted with walnut furniture and carpeted to match: spring mattresses that would tempt even a sybarite, toilet stands and fixtures of the most approved pattern, the walls papered, and to crown all, each room having windows. All are outside rooms thus obviating the many comforts in close and ill-ventilated apartments. Returning we pass down the broad staircase and turning to the left are in the office and reading room. Here we met Mr. R.J. Pryke, the polite and affable clerk, so well known to Yosemite tourists in California. The office fixtures are as common in first-class hotels and fully in keeping with the general character of the house. The dining room adjoining next invites inspection. Here we find the same evidence of good taste in selection and arrangement that is so marked a feature of the whole interior. Three elegant chandeliers are pendant from the handsome centerpieces, walnut tables, extension, and plain, covered with cut glass, china, silver castors and the latest style of cutlery are among the many attractions of this branch of the cuisine.

Thence into the kitchen where we find the same evidence before mentioned; an elegant Mountain range 12 feet in length, with patent heater, hot and cold faucets, in fact, all the appliances necessary to feed five hundred persons at a few hours notice are present. The bar occupies the east half of the main front and is in keeping with the general furnishings. Want of space prevents more than this cursory glance at the Grand and its appliances for the comfort and convenience of guests. A Grand (no pun intended) invitation ball will take place this evening. 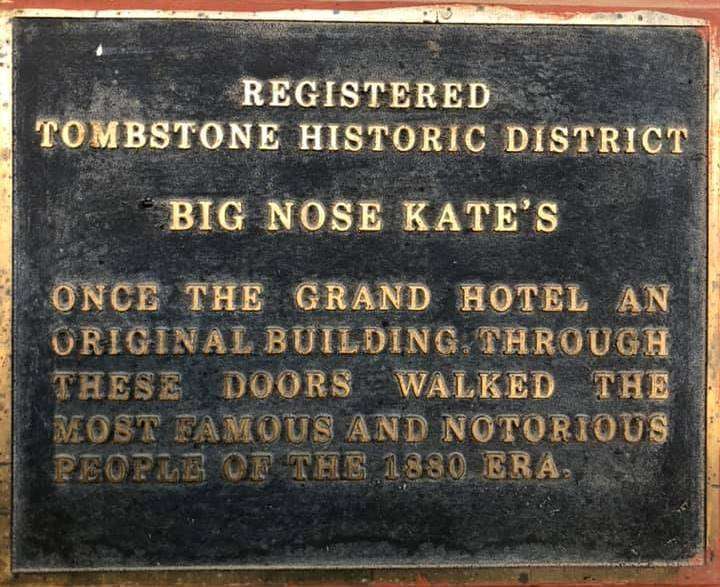 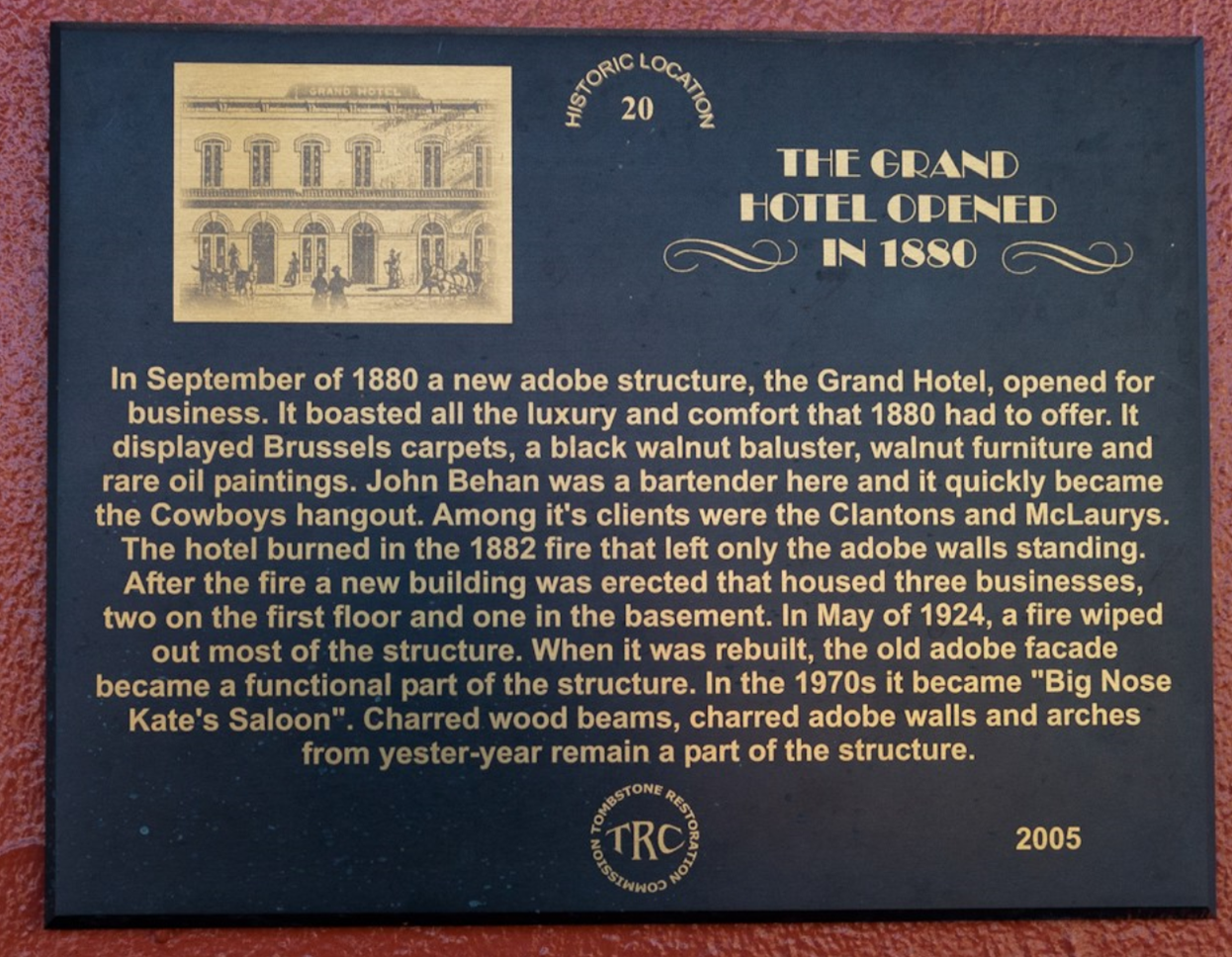