Best Historic Saloon in the West 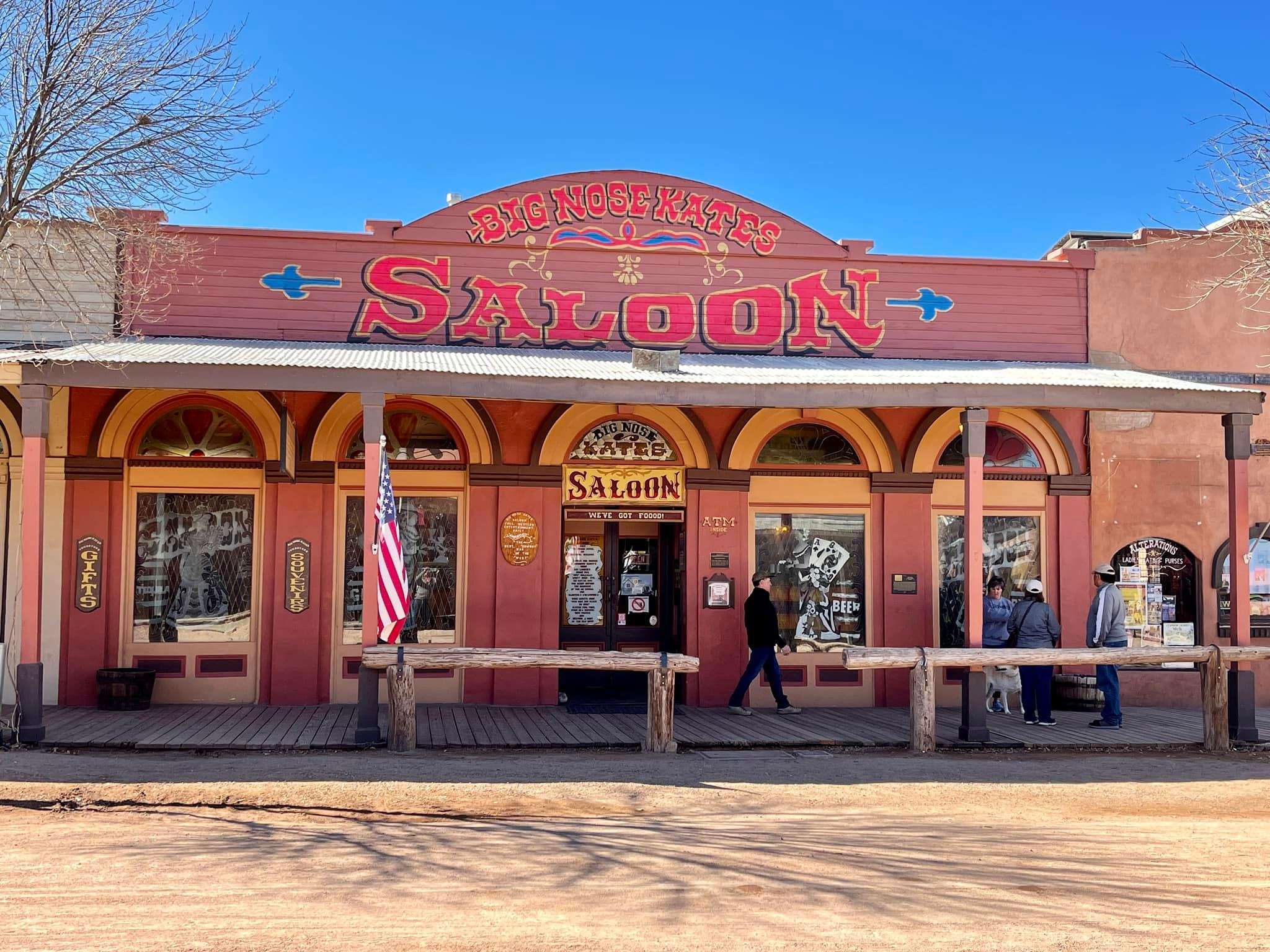 Best in the West

TOMBSTONE — Stepping into Big Nose Kate’s Saloon is truly to step back in time. From its authentic 1880s bar and wood floors to live entertainment and period-clad employees, Big Nose Kate’s offers patrons an Old West experience every time they walk through the front door.

It’s no wonder that in the upcoming January 2017 issue of True West Magazine, Big Nose Kate’s is being recognized as the “Best Historic Saloon in the West.”

True West editor Bob Boze Bell says he has visited the historic saloon on several occasions and always has a great experience. “We love the place,” he said in a phone interview.

“I’ve danced on the bar and have been escorted out the door by the police,” he joked. “The people at Big Nose Kate’s are like family. It’s a fun place and packed full of history.”

For owners Steve and Gloria Goldstein and their daughter Susan Wallace, the saloon has become far more than a business. It represents a key piece of the town’s history and a place where long-lasting relationships are established.

“People have been coming here from all over the world year after year after year,” said Steve Goldstein. “This business is not all about money. It’s about tradition, relationships and friendships. You look forward to seeing these people year after year. And when they pass away, it hurts you.”

Along with longtime patrons, the Goldsteins have dedicated employees who have worked for them for years.

The building that is now home to Big Nose Kate’s got its start in 1880 as the Grand Hotel. While in operation for a mere two years, it was hailed as one of the state’s finest establishments, with luxuriously furnished rooms and elegant decor. Each of the 16 bedrooms was fitted with solid walnut furnishings and expensive artwork.

The hotel lobby, which is where the saloon now sits, was decorated with chandeliers, beautiful furnishings and had a reading room where patrons could enjoy “The Tombstone Epitaph” newspaper in quiet luxury. The hotel boasted a kitchen with both hot and cold running water, as well as the ability to feed 500 visitors with very little notice.

A devastating fire in May 1882 destroyed the Grand Hotel’s upper level and permanently changed the building’s function.

While the building has been carefully renovated, preserving the original structure, the hotel rooms are gone. Steve says the upstairs is now used as an office space.

“The bar in the saloon is original, but was located downstairs,” Wallace noted. She also spoke of how some of Tombstone’s most famous residents stayed in the Grand Hotel, including such legendary folks as Wyatt and Virgil Earp, Doc Holliday and the Clanton Gang.

“The fire came through Tombstone in 1882 did not completely destroy this building that is now Big Nose Kate’s Saloon,” Steve noted. “For all intents and purposes, this is the real building from 1880s.”

The Goldsteins purchased the saloon from Felix and Carmen Perez in 1982, during a time when it was called the Allen Street Bar.

“After we bought it, we refurbished it, but did it in a way that would not compromise the building’s historic integrity,” Gloria said. “We wanted to make renovations and improvements, but were very careful to keep the building historically correct.”

It’s that attention to detail that makes Big Nose Kate’s the popular destination spot that tourists enjoy year after year. The saloon is open seven days a week and has live music daily. The restaurant offers patrons a varied menu.

“What really makes Big Nose Kate’s Saloon unique is our personal touch,” said Wallace. “Much like the businesses of the 1800s, our family has always been active and hands-on in the management of Big Nose Kate’s at all levels. Our family and our staff work diligently to make our visitors feel welcome and we pay special attention in keeping the spirit of the Old West alive every single day we’re open.”

Patrons are invited to take the steep, winding stairway down into the building’s basement where there is a gift shop. Once in the basement, guests can peer into a gated passageway that leads into a network of mine shafts that run beneath the building and most of Tombstone, said Steve, who swears the building is haunted.

“I have experienced paranormal activity at different times, as have some of my employees,” he said.

“It adds to the place’s intrigue,” he smiled.

Wallace says it’s impossible to look around Big Nose Kate’s and not imagine Wyatt Earp and Doc Holliday bellying up to the bar.